Just over a month ago, I was visited by a bondage enthusiast for a full day professional session. Entering my dungeon as soon as it was opened and spending the entire day with me, whatever that day might hold, until I closed and locked the doors in the evening.

It is rare that I get a visitor for an entire day. Needless to say, I rather enjoy it.

For the majority of the time he spent in my care, when I was not personally playing and seductively teasing him, he was restrained to my St Andrews cross, caged or mummified with a decent enough view to see the other activities which went on in my dungeon environment.

Thankfully, all the visitors I received that day were eager to have an audience or be the audience.

He was treated to some sensual violet wand play, claw play, rope play, gentle CBT, and even a little impact play, He watched as I played with and brutally tied up (in shibari) a sexy and slim long-haired brunette, he enjoyed a dose of forniphilia and played the part of my throne for a while, and come the end of the evening he was even treated to another kinbaku show (this time it was myself being tied up by my Benjamin). In my opinion; a pleasant way to end such an active day.

A few days later I received an email from him, thanking me and letting me know how much fun he had.

I am looking forward to more days like this.

Jet black furniture contrasted the crisp white dungeon walls. This was different, not our normal space. Lighter and colder, my two least favourite things, but still, it was a welcome change of scenery.

He stood before me with his eyes wandering around the room. I have always admired his curiosity and willingness to explore. When I had entered, I had given the space nothing more than a quick glance. ‘Spanking bench, spanking stool, St Andrews cross, table with cleaning products’, The efficient recognition of where everything was situated within the space along with their function so that I could immediately start plotting what I could, and inevitably would, do to him.

His sable shirt was slightly open at the neck and showing off the steel chainmail collar which states he is mine. I know it is always there, but noticing it made me smile. His gaze immediately shifted towards me and he took in a deep, shaky breath as I began to close the distance between us. Holding the slightly crooked smile on my lips only seemed to make him nervous. A good effect in my opinion.

One by one, keeping eye contact all the while, I slowly unbuttoned his shirt and slid it from his shoulders to let it fall loosely to the floor. He shuddered slightly as I gently brushed over the line of his collar with a claw and followed down to do the same to one of his nipples.

Having Scottish roots flowing through my veins, I have found the kilt to be something distinctly masculine. Tonight he was wearing one, deliciously  so, for me. His arousal was evident through its folds, I could smell his scent in the air and it made me all the more eager to play. A soft, hungry growl passed my lips as I pulled him by his neck jewelry towards the St Andrews cross and began to fasten him in with his back towards me.

The dungeon door opened and a head popped inside to have a look around. A distinct reminder that we were playing in a public place. A bearing of teeth and a growl being a quick assurance to the visitor that I did not wish for prying eyes. The head disappeared as quickly as it had arrived and I walked over to the door to gently push it shut once more. I picked up my cane (Sasha) and took in a deep breath to quell the annoyance of being interrupted before returning to where he was now secured.

His nerves had kicked in and he was trembling. Gently tracing his spine with the tip of my cane only seemed to heighten his fear. I was relishing every moment.

“Why do you fear so? Is it because we are in a public place?” I asked in as soft a voice I could collect with the violent thoughts running through my head.

“We have played in public places before, Mistress” He said as his leg started to twitch with nerves. “I do not fear eyes on us”

“Then perhaps it is Sasha you fear?” I asked as I gently slid the cane up the inside of his leg to the crotch, lifting the kilt enough to reveal a little of the tempting soft rump underneath.

“Sasha is only a tool, Mistress” He said through shaky breaths and shudders.

“You tremble, your nerves betray you and I can smell your scent on the breeze. You are oozing fear! I taste and enjoy every drop. But if it is none of the above, what is it?” My voice had broke its gentle tone. I could no longer steady it. The hunger was taking over, my sadistic nature getting the better of it and my own breaths were becoming fast and impassioned because of it.

“I no longer fear you, Mistress, because I trust you completely and I do not fear Sasha because she is just a tool. The only time I truly feel fear is when you are both together and Sasha is in your hand.”

A grin slowly formed on my lips and a whoosh cut through the air as I quickly drew the cane backwards and away from his body. He jumped slightly at the sound and I slowly raised his kilt with my free hand to expose the soft backside flesh that had been teasing me, I held Sasha back a few moments for effect.

“Your fear is justified” I said as the air was cut and the first impact of the evening made his body arch in a visually orgasmic fashion.

His body convulsed on the St Andrews cross as my electrified claws ran over his nylon covered inner thigh. For some reason the nylon seemed to amplify the violet wands effect. I was enjoying it immensely.
“Minimal setting and already you squirm.” I said as I stood upright and leaned in closer for effect.
He relaxed briefly and leant forward to rest his head on my chest, forgetting that my entire body was electrified. He convulsed again as a blue spark from my collar bone hit him square on the forehead. I grinned slightly and watched his expressions with amusement.
“Clearly you paid little attention when I told you that my entire body would be coursing with electricity.”
“Sorry Mistress” he replied between gasping breaths.
“Perhaps you need a more ‘physical’ lesson. Verbal does not not seem to be your forte”
I slowly walked over to the violet wand generator and turned the dial up to its maximum setting. It began to hum angrily.
“I feel what you feel in this exercise” I said as I strolled slowly back over to where he was restrained. “and I think you are largely overreacting to a setting which is so minute that one can barely feel more than a tickle. If you want to convulse and jerk, I will give you a real reason to.”
I stood in front of him and slowly unzipped my top to expose my right breast. His eyes widened at seeing such a personal area of mine and he suddenly became transfixed. His breathing slowed as he gazed for a few moments before he turned his attention up at me, revealing a slight confusion in his eyes.
“I feel what you feel” I reiterated as I leaned in closer, purposely moving my own nipple towards his.
“watch for the pretty spark” I said as his eyes widened again in realisation of what I was about to do. He gasped and instinctively looked down to where our nipples were inevitably going to touch. 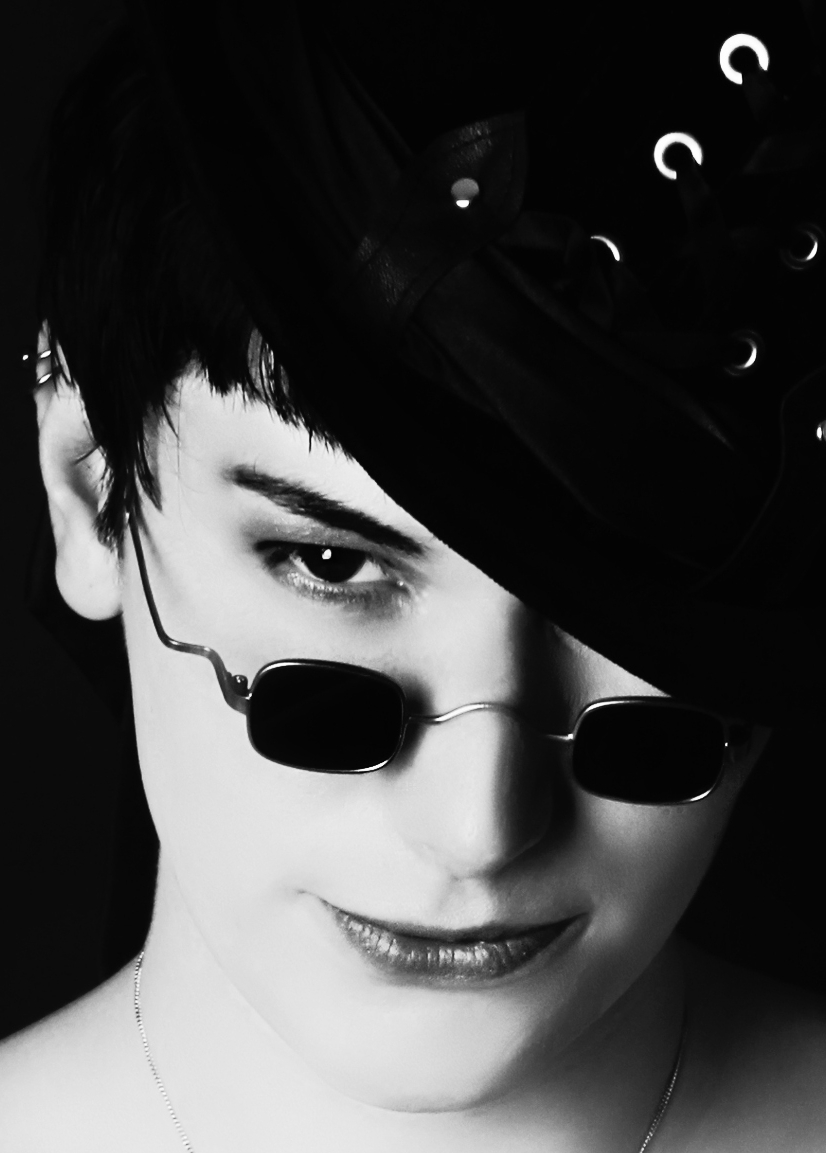